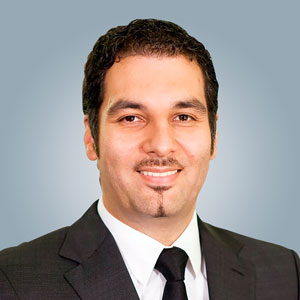 As the former CEO of Competence Call Center (CCC), now TELUS International, our mission remains to create customer experiences of the highest level and best quality. A motivated, international and excellently trained team of project managers, trainers, coaches and service professionals make it all happen.

Since CCC was founded in Vienna in 1998, our focus has been on excellent service quality and the well-being of all employees. Our corporate culture and working methods are characterized by tolerance, down-to-earthiness and the will to do our best.

For example, for me it’s about how people want to develop, what skills and experiences they have, what they are prepared to do and how we can support them in achieving their goals. In January 2020, we were the first German service provider to sign the Charter of Diversity. We value our employees regardless of gender, nationality, ethnic origin, religion or belief, disability, age, sexual orientation and identity.

We have internalized this approach over the years; it is an important part of our success and we live it in all teams. All doors are open to talented and committed employees. After my childhood and early youth in Carinthia, I came to the Theresianische Military Academy in Austria at the age of 14, where I was a successful member of a chess club and graduated in 1995. In addition to my subsequent studies of genetics and Russian language, I started working as a call center agent at CCC in 1998 - originally just to finance my dream of a world trip, which I made come true.

After this trip, I returned to Vienna and to the then start-up CCC full of inspiration and zest for action. I developed personally and professionally, worked hard and took the opportunities offered to me where I first became a team lead, then an account manager, and in 2001, I was given the opportunity to build up our first German location in Berlin - one of the first pure VoIP-based call centers in Europe at the time.

In 2004, I was awarded European Call Center Professional of the Year, was responsible for the establishment of further locations in Switzerland, Germany, Slovakia and other countries, took over operational responsibility for all CCC locations as COO and eventually, became CEO of the CCC Group.

Under my leadership, we created and implemented standards such as our training program CCC Campus, our e-learning platform, have been certified several times, standardized the processes of all teams from Operations to Legal, have received a total of 56 international awards to date, have been included in the list of the Global Outsourcing 100, and are among Austria's “Superbrands.”

Today, I live with my family in Vienna, and we currently demonstrate our high-quality customer service and broad experience with well-known national and international brands. At the same time, I have held the record for the longest agent shift for more than 20 years, in which I handled a total of 1,035 calls! And, I still play chess.