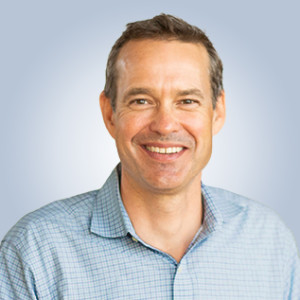 As President of WillowTree, a TELUS International Company, my mission is to bring world-class digital talent to our clients to help them create digital products that not only transform their business but also fully engage their users.

I joined the TELUS International team in January 2023 when WillowTree was acquired by TELUS International. It has been an amazing journey to build WillowTree from a few people passionate about the emerging Apple store ecosystem in 2009 to a globally distributed team of more than 1,100 craftspeople. WillowTree today unifies the often disparate disciplines of strategy, design and engineering to partner with our clients to meet their most ambitious digital transformation goals.

My history in digital media began over 20 years ago when I started working at AOL in 1996. While there, I held a variety of leadership roles including General Manager of AOL Local and VP of AOL International, based in London. I left AOL in 2003 to co-found Leads.com, a pioneering search agency that was acquired by Web.com in 2005. In 2009, I left to co-found WillowTree.

I live in Charlottesville, Virginia, with my wife Lynn and our four kids. I hold a BSE in Finance (Wharton) and a BSE in Systems Engineering, both from the University of Pennsylvania. I also serve as the Chair of the Thomas Jefferson Foundation Board, which manages Monticello in Charlottesville, as well as on the Board of WillowTree.