Effective coaching is an integral part of success. After all, where would Team USA be without Herb Brooks, the Green Bay Packers without Vince Lombardi or Rocky without Mickey?

Sports examples aside, coaching can actually make all the difference in achieving higher performance in the workplace. In fact, leadership development firm, Zenger Folkman, found a direct correlation between a leader’s effective coaching style and team productivity. Their study of more than 1,800 employees found that three times as many respondents were willing to go the extra mile when their leaders were categorized as highly effective coaches.

Unfortunately, effective coaching doesn’t just happen overnight. As with any skill it requires training and practice to master. There are also many factors that can hinder the coaching experience for both team members and coaches, including questionable expertise, a lack of standards and an absence of support from top management. To overcome these challenges, team leads need to be given the necessary tools and resources to create a successful coaching environment.

Using a formalized approach can help ensure leaders are well prepared to support the personal development of their team members. It can also promote critical thinking and accountability; empowering team leads to think of themselves as more than just basic supervisors.

In the BPO industry with its high employee turnover, we see a strong coaching focus as a move away from the typical “check the box” quality assurance (QA) monitoring. Instead, team leaders are empowered to drive meaningful agent behavior while focusing on what good looks like from a customer perspective.

Previously, like most BPOs, we would check the box when an agent followed the script (gold star!). But now, if an agent doesn’t follow the script, team leaders ask why – especially since you’ll find that it’s often both top and bottom performers who are not following procedure. This usually means there’s an issue or even a best practice that we’re not capturing by simply checking boxes. Our new approach lets us uncover what really works from an end-customer perspective. With this new behavioral focus, team leaders have an increased sense of pride for their agents, and likewise, agents are more motivated to do well.

Coaching also simplifies communications. Instead of multiple departments feeding information to the agent, team leaders take ownership of how that information is shared. Team leads become the main development source for the agent. In turn, agents know how to get the information they need to do better in their jobs.

The Coaching for Excellence program at TELUS International is a proven example of a consistent and structured method to one-on-one coaching. Team leads take part in a 13 week certification program designed to equip them with the skill-set needed to guide and mentor frontline team members.

But their coaching journey doesn’t end there. Once certified, team leads are assigned a Coaching for Excellence mentor who provides ongoing support as they build on their strengths and work through their own coaching opportunities with team members each and every week.

After receiving extensive classroom and on the job training, team leads are better able to serve as mentors, act as problem solvers, and build front-line agent confidence to help achieve success when working with customers.

Effective coaching has transformational abilities for the coach, the team and the company overall. The TELUS International Coaching for Excellence program has improved customer satisfaction for clients by as much as 10% and has a positive influence on employee engagement. In fact, more than 90% of Coaching for Excellence participants have said that they are satisfied with the overall experience.

A strong coaching program creates an environment where employees feel supported, valued, and ready to deliver results. The best strategy however, doesn’t assume effective coaching is an inherent trait of all managers. ‘Coaching’ the coaches is an important variable in achieving success. 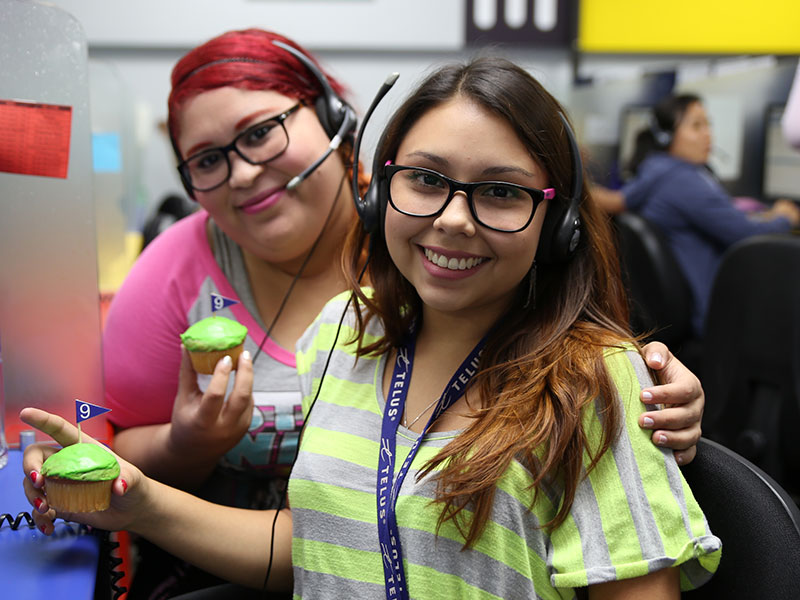