Machine learning is quickly taking a dominant role in many aspects of the healthcare industry, from diagnosis to treatment and even population-level epidemiology. Until very recently, medicine was driven by self-learning and experience. However, as databases have grown in size and AI implementations have become more robust, the benefits that come from applying machine learning in medicine and healthcare are becoming more well-known.

Almost every aspect of the healthcare pipeline has been affected by the influx of ML platforms. Three such areas experiencing significant growth are dermatology diagnosis, population-level outbreak prediction and improvements to racial disparities.

One of the first applications of machine learning in medicine was image analysis for diagnosing skin lesions for cancer. Published in 2019, the study used a set of over ten thousand images manually labeled by expert doctors to train the algorithm. In some cases, the best trained algorithms could even diagnose skin cancer lesions at a higher rate of accuracy than currently-practicing doctors.

The top three algorithms specifically tested in this study were able to differentiate between seven predefined diseases including basal cell carcinoma, a common type of skin cancer. However, it's important to note that the classifiers had decreased performance for out-of-distribution images, and still required the expertise of an experienced doctor. The current difference between man and machine in these edge cases, however, will likely decrease as labeled datasets become more available for a wider range of diseases.

Interestingly, despite many clinics not actively using machine learning predictive algorithms in their diagnoses, the principles of ML are still being introduced to medical school curricula. One particular category of skin disease is called pigmented actinic keratosis, and is characterized by scaly patches. This is one of the diseases that algorithms are better at diagnosing than trained doctors and it turns out that the algorithm was paying more attention than usual to the skin surrounding the blemish instead of the blemish itself.

After students were instructed to focus on similar regions in their own diagnosis routine, accuracy increased by more than a third. This and other examples demonstrate how doctors and ML platforms can work together to optimize diagnosis.

Another growing application of ML in healthcare is monitoring population-level health, particularly for tracking and predicting outbreaks and epidemics. This can be seen more recently in the numerous prediction models for COVID-19 being deployed by public health departments around the world.

These models serve both a retrospective and prospective role. Using past data, these models can help researchers understand where a disease originated (often referred to as Patient Zero), as well as how it is transmitted between people. Then it can help predict how the disease will continue to spread and what populations are most vulnerable to exposure. At the population-level, the complexity of these questions and the number of variables involved makes it far too challenging to accomplish without the assistance of ML.

However, machine learning for population-level health monitoring was in use long before the COVID-19 outbreak. Neural networks have been used to predict the spread of the Zika virus to assist governments in allocating surveillance resources effectively. For this particular model, the accuracy of geographic expansion of the disease is over 85% accurate, even with an extended prediction window of 12 weeks.

Even as far back as 2016, machine learning was used to predict malaria outbreaks in India. Support vector machines and neural networks allowed researchers to incorporate a wide range of parameters such as weather, related cases and socioeconomic data to predict the spread up to 20 days in advance.

Applications of machine learning in medicine to fight racial disparity

An increasingly important consideration in public health is the availability of healthcare resources to all members of a population. Recently, the Milken Institute School of Public Health at George Washington University in Washington D.C. began developing a machine learning pipeline to understand and predict prevalent racial disparities in healthcare.

Unfortunately, many gaps in care exist that mean people of certain racial or socioeconomic backgrounds do not receive the same level or availability of care. For example, clinical trials routinely exclude certain racial, gender or socioeconomic groups, meaning the results are not as widely applicable as expected. Therefore, the goal of this new research group is to explore these social determinants of health and determine what environmental factors affect health risk and outcomes. This will help answer sustained research questions such as why black Americans are more likely to develop chronic diseases like cancer.

The biggest obstacle to this project, however, is the lack of properly labeled and organized data for example, large national databases are missing information on patient race, which is considered a significant indicator of disparities.

Regardless, the first goal of the research group is to understand mortality linked to total joint arthroplasty, one of the most common surgical procedures conducted in the United States. This procedure is a common treatment for osteoporosis and is predicted to grow in demand over the next few years. If successful, the model can then be expanded to other common procedures to predict the effect of race and socioeconomic factors on outcomes.

Dangers and vulnerabilities when applying machine learning in medicine

It’s clear that ML is playing an increasingly significant role in healthcare. However, there are still some complications to keep in mind when introducing this technology. The first, of course, is the privacy of healthcare data. Under the Health Insurance Portability and Accountability Act (HIPAA), there are strict guidelines as to what kind of health data can be shared and the level to which data should be anonymized. This can put limitations on how widely research can be applied.

Over-reliance on algorithms should also be discouraged, especially as they are still fallible. For example, in one of the preliminary algorithms developed to predict skin cancers, incorrect or even malicious manipulation of the input training dataset was shown to result in complete misdiagnoses. Unfortunately, this can be used for fraudulent interests, so healthcare teams and patients must be mindful of this danger.

However, in an effort to combat these risks, some algorithms are being built with a system of checks and balances to defer to human experts. In fact, a human-AI hybrid diagnostic tool can perform better than either alone in some cases. It is clear that the future of healthcare rests in the integration of human experts with training and experience with the predictive power of machine learning algorithms. 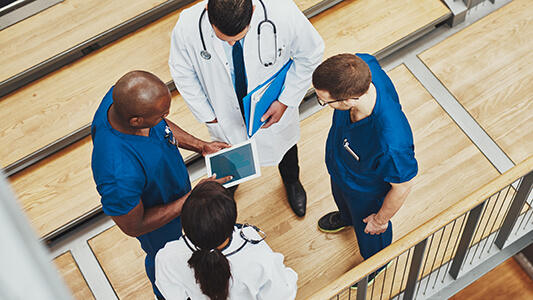 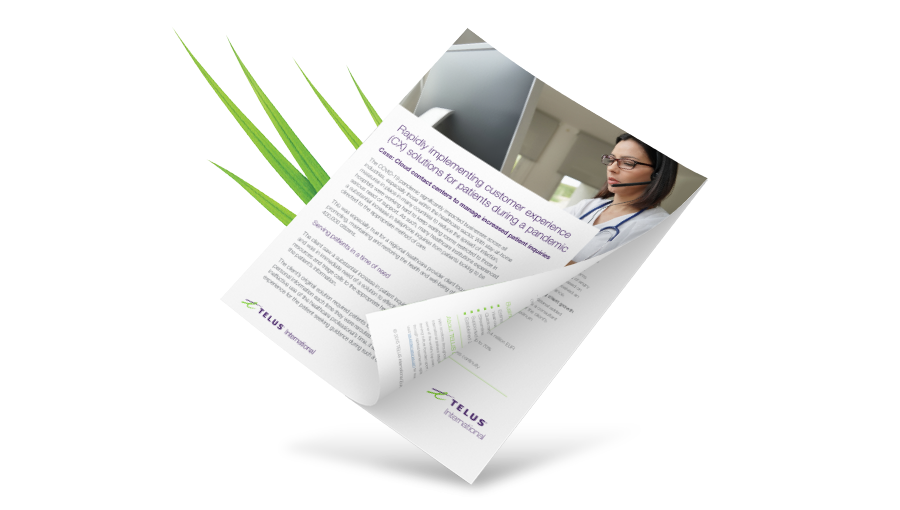 Rapidly implementing customer experience solutions for patients during a pandemic