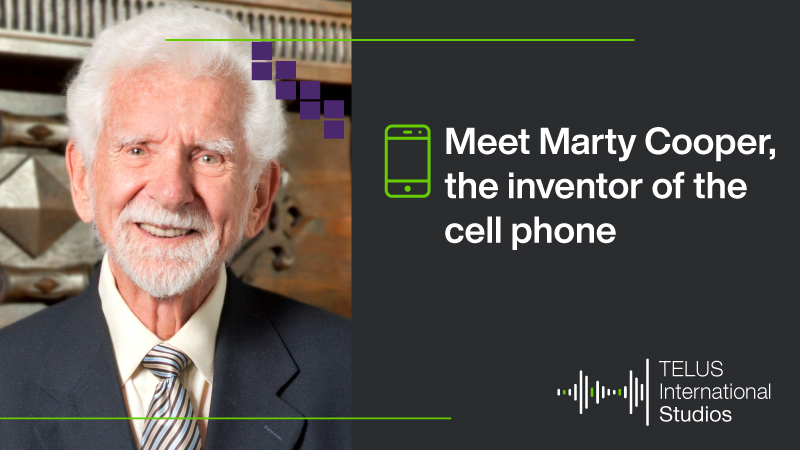 Meet Marty Cooper, the inventor of the cell phone

In the 1970's, American engineer Marty Cooper had no idea that his invention would change the course of history forever. Half a decade later, billions of people around the world can't leave home without it safely tucked away in their bag or pocket.

On the TELUS International Studios podcast, we recently sat down with Marty Cooper, inventor of the mobile phone and author of Cutting the Cord: The Cell Phone Has Transformed Humanity. At 92 years old, Cooper reflected on the milestones in his incredible career and his outlook for the future.

The beginning of it all

On April 3, 1973, Cooper, an engineer at Motorola at the time, stepped out onto the sidewalk of 6th Avenue in Manhattan and called his long-time rival, Joel Engel, an engineer at AT&T. While a common occurrence nowadays, this moment marked the first time a call had every been made from a cellular phone.

"It occurred to me that maybe I should call Joel and see if I could make this an interesting moment," Cooper recalls. "And so I reached in my pocket and pulled out my address book, which gives you a message right there about how primitive our lives were. I looked up Joel's number, called it, and miraculously, he answered the phone himself, not his assistant. And I said 'Hi Joel, it's Mary Cooper.' He says, 'Hi, Marty,' I said 'Joel, I'm calling you from a cell phone. But a real cell phone, a personal, handheld, portable cell phone.' Silence on the other end of the line,"

While that phone call was revolutionary, the device itself was a far cry from the smartphones we use today:

"It was about ten inches high, a couple of inches wide, four or five inches deep. It weighs about a kilo. The battery life of this phone was about twenty five minutes of talking. That was not a problem because you couldn't hold this heavy thing up for twenty five minutes. But that is exactly what the very first phone looked like. By 1983 we had figured out how to get the weight of the phone down to about a half a kilo. And that is what the first commercial phones looked like, they were still huge, but [it was] the technology of that time…"

From exclusivity to accessibility

In its early years, the mobile phone was an exclusive sign of wealth, status and power — think Michael Douglas in Wall Street. The modern day mobile phone, however, is all about accessibility and opportunity.

According to data from GSMA Intelligence, more than five billion people have a mobile device today, meaning that over 65% of the world's population has a cell phone. Greater access to mobile phones, especially in developing countries, has significant impact on health and wellbeing.

"The UN did a study in Africa and they determined over a period of 20 years, 1.2 billion people moved out of severe poverty, largely because they have the cell phone available to allow them to save money, to move money around and to operate more efficiently," Cooper shares. "Villages in Mexico and India now have health care done by doctors in the big city in Delhi and in Mexico City. And they're doing this over a cell phone in a village. A doctor in Delhi could treat somebody in a small village in India that has never had a doctor and that can treat them. That is the revolution that I think is really important. That is how people's lives are really being improved."

Coopers invention helped to shape modern society, but where does he think technology will evolve next? Like many of us, artificial intelligence and connectivity is top of mind:

Until then, we will continue to use our smartphones to order food, monitor our health, play games, watch videos and interact with loved ones. All the while, technology engineers continue to build on the foundation Marty Cooper built to create an even more connected future.

You can listen to the full episode of the TELUS International Studios podcast here and be sure to check out some of our past episodes for more great interviews with trailblazing guests. 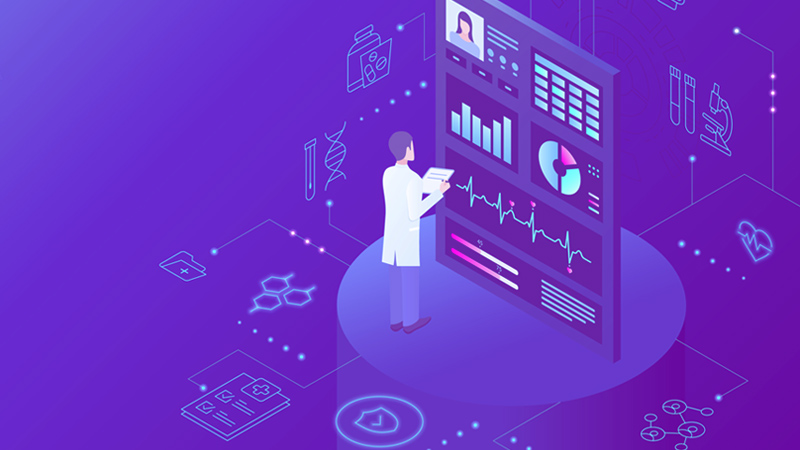 The Internet of Medical Things is just what the doctor ordered 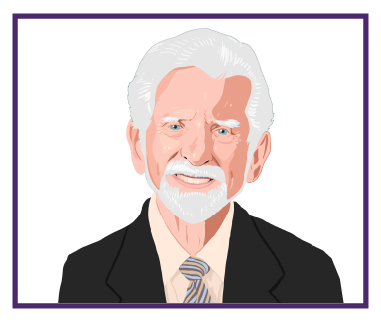