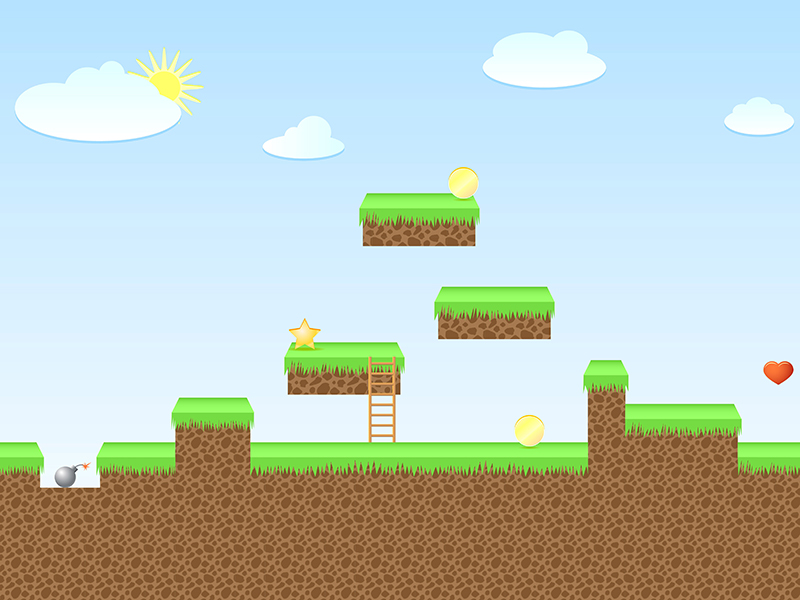 With hundreds of millions of passionate players, and tournaments happening across the globe, competitive gaming is blowing up.

Gamers of all ages and backgrounds flock to massive arenas to watch players compete against each other for millions in cash prizes. The roar of the crowds, the thunderous visual displays and the intense media coverage aren’t unlike any other major sporting event.

The gaming industry has evolved into a rapidly growing behemoth that attracts the best minds, top investors, and most importantly, impassioned consumers around the world. After years of struggling to gain mainstream acceptance, it’s clear video gaming is here to stay.

In 2016, the eSports industry, where gamers compete in front of thousands of adoring fans, is predicted to see a 43 percent jump in revenue compared to 2015, according to PricewaterhouseCoopers. Major media outlets like TBS, Yahoo and ESPN are setting up specific verticals to showcase this world to an ever-growing audience, and global brands like Red Bull, McDonald’s and Intel are sponsoring events and individual players. These factors, among others, helped eSports reach $400 million in revenue in 2015 — and that revenue’s only expected to climb year over year for the foreseeable future.

While eSports continues to emerge as the NBA or NFL of gaming — it already draws in more viewers than many mainstream sports — it has played a part in influencing the growth of the gaming industry overall. The same PwC report predicts the industry will grow by an astounding 30 percent, to $19.6 billion, by 2019.

The gaming industry is evolving rapidly with companies constantly testing new business models, distribution strategies and development tactics for their games. But as anyone present during an eSports match can tell you, fans and players are not afraid to be vocal. Gaming companies must remember that even during the most chaotic or exciting times, customers want to have their voices heard and concerns addressed.

Jon Brock is the head of community management at World Gaming, an online gaming platform that primarily hosts FIFA, Madden, NBA2K and NHL competitions. With more than 2.7 million registered users, World Gaming has invested heavily in its user support, with Brock spearheading all player-support efforts. He joined the company after years spent building his expertise in the famously customer-oriented travel, tourism and hospitality industries. Brock is applying much of what he learned from tourism into his new role in gaming.

“Gamers are not treated in the same fair way that someone sitting down at a restaurant, or booking a vacation would be,” says Brock. “There’s a stigma attached [to] gamers that they aren’t consuming goods as others would be, and that’s just not true.”

The creator of the popular Roshpit Champions game, Ryan Racioppo, says that it’s a mistake to overlook gamers’ needs and ideas because of how active they are in making sure their concerns are heard. “There’s a huge culture of witch hunting in the gaming world,” he says.

Manny Anekal, the former VP of Product Marketing at the World Gaming League, expands on this point. “It’s very important to remember that gamers, potentially more so than other mediums, are a very passionate group. So if you do something right, they’ll exalt you. However, if something is done wrong, they will surely let you know.”

Don’t take your audience for granted

Players’ loyalty in gaming should never be taken for granted. Racioppo says it’s very easy for customers to voice their displeasure and lose patience. “If they’re not having fun, they can quit. If their friends don’t play, they’ll quit, if they get angry, they’ll quit. The bottom line is that your customers have so much choice, they can jump ship at anytime.”

Brock agrees, adding that in this climate, the best way for gaming companies to differentiate themselves from the competition is by offering superior service levels. “When you’re dealing with people who live in the online space as gamers do, they require an extra touch, because competition and alternatives are so easy to reach,” he says.

“Once you’ve built the basics of your support team, you can begin tracking customer pain points, identifying larger areas of problems, and creating new offerings to combat those issues.”

In his new role at World Gaming, Brock says he immediately went to work implementing a guiding principle within the customer experience and support teams known by the acronym TPEAH: Thankful, pleasant, empathetic, approachable and helpful to every single player.

It’s important to treat every player with the same baseline level of respect and courtesy, he continues. “The reality is that gamers are not kids sitting in their parents’ basements,” says Brock. “They are future leaders with PhDs. Many are becoming lawyers, or doctors or accountants. They live online, can easily be reached there and do expect the best.”

This means gaming companies have to be accessible on as many social and traditional channels as possible. On top of well-known social channels like Facebook, Anekal suggests a few interesting alternatives as well. “Platforms like Snapchat, Twitter and live video [Periscope, Facebook Live, etc.] can all be used from a customer service perspective.” In a world where all those options are available for free, it’s a smart choice for companies to have a presence on each.

As the popularity of gaming continues to gain steam, and as more money, talent and resources continue to pour into the industry, it’s becoming exceptionally important for companies to step up their game and treat customers to the same experience they’d expect from any other world-class service. 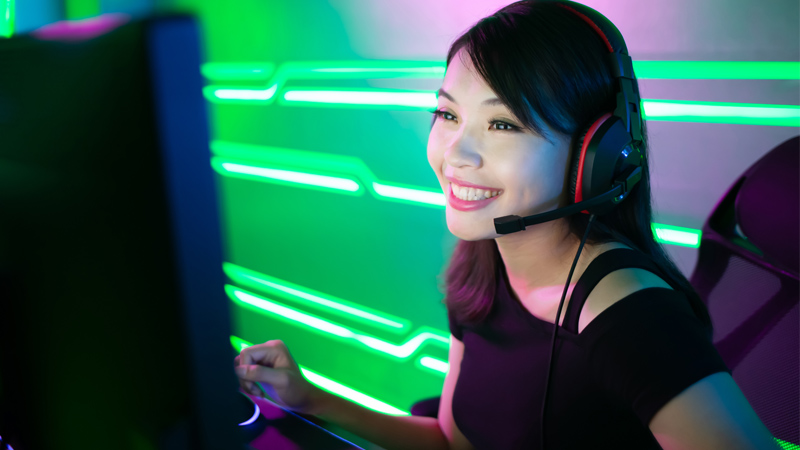 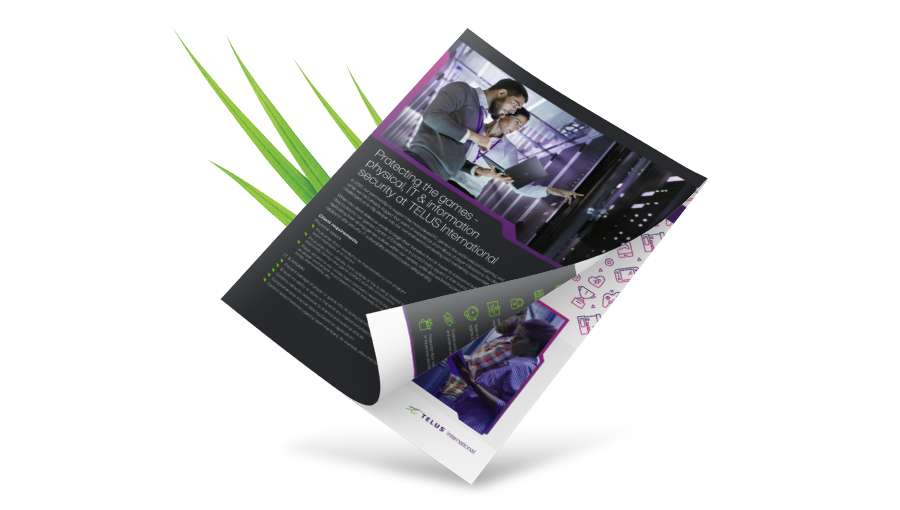 Protecting the games - physical, IT and information security 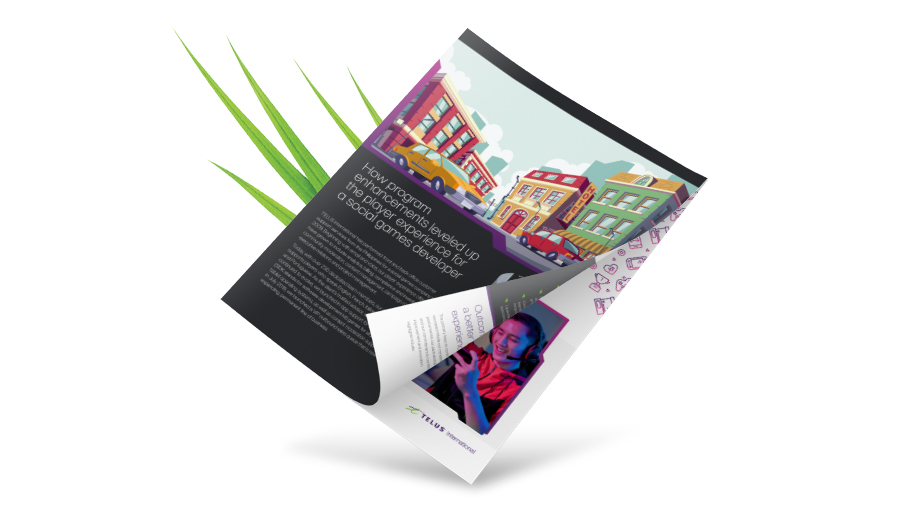