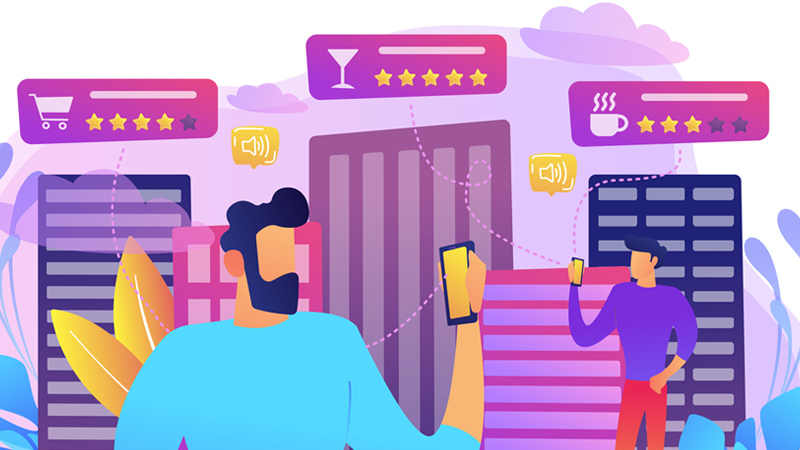 When's the last time you went to a restaurant that had zero reviews? Odds are, it was some time ago, long before the practice of checking fellow diners' reviews became second-nature. Feeling the pangs of hunger, there's often comfort in the words of people just like you, who have been there, and ate that.

Restaurant reviews are an example of what's called user-generated content (UGC). More generally, UGC can be defined as comments, text, videos, images and more that are created by consumers and posted online. Unboxing videos of the latest smartphone on YouTube? UGC. Forum replies on how to dry out your new phone after you dropped it in the lake? UGC. It's growing in popularity and increasingly woven into the fabric of everyday life.

In a recent TELUS International survey, respondents were asked what impact it has when a brand engages with their UGC — the results showed that it makes them more likely to purchase from them again (53%), recommend the brand (46%) and post content again (45%).

But users and companies beware: UGC can also present challenges. The content posted by ill-intentioned users can be misleading, offensive or outright harmful. The aforementioned survey also found that 35% of respondents encountered inappropriate or inaccurate UGC "multiple times a day." It can be more than just a mild annoyance — bad UGC has been known to impact trust and deter would-be customers.

Build your community with UGC

Leading brands have realized that UGC is an important line of communication to consumers. Acknowledging and responding to customers who reach out, and featuring their experiences on social media for others to see, provides opportunities to connect on a deeper level and build a community of followers.

There's a growing list of impressive examples. Take Lays and their #DoUsAFlavor campaign, which sought UGC in the form of new flavor ideas for their potato chips. The campaign garnered millions of submissions, increased the brand's online presence and gave consumers the flavors they were looking for (which apparently includes Cappuccino potato chips). In another example, Heinz Ketchup anonymously challenged consumers to "draw ketchup." The participants consistently drew elements of Heinz's brand, highlighting how it has become synonymous with the condiment. The brand then took things a step further by using the UGC drawings in their marketing, from videos to billboards.

But UGC doesn't have to be about quirky ad campaigns. Facebook helps companies build their communities on their social media network with their Top Fan badge. The feature rewards a company's most active followers, giving them a badge beside their name and placing them on a top fans list. In doing so, it recognizes their contribution to the community and entices other users to become more active.

It's a similar concept to what you might see on online forums. Anyone who has experienced technical difficulties (read: everyone) knows that you're likely to find someone online who has encountered the same problem before. A quick Google search can take you to a forum dedicated to the hardware or software, where community members interact with one another. Often, these communities show ranks or levels for their members, incentivizing engagement while also instilling a sense of authority to trusted, active users.

At the end of the day it's about creating an environment where people feel motivated to interact with your brand, and engage with other users about your brand. With 83% of respondents in the TELUS International survey saying they have posted UGC, brands that turn to social listening and adhere to community management practices to address unwanted content will have a stronger chance at positively impacting the online customer experience.

Learn the importance of content moderation, how to choose the right method and the various ways to measure your success.

The TELUS International survey found that 85% of respondents agreed or strongly agreed that brands have a responsibility to moderate UGC for appropriateness and accuracy on their owned sites and channels. And while community members are willing to help combat toxic or misleading UGC — with 66% reporting having flagged instances to brands — there needs to be a more holistic approach to content moderation.

Brands who see the true potential of UGC use artificial intelligence (AI) to help parse comments by identifying recurring inappropriate content across multiple channels in no time at all. With the ever-growing volume of UGC, AI-powered solutions are becoming essential. By quickly and automatically detecting and flagging issues, the technology can help brands scale their content moderation efforts and introduce enhanced efficiency.

Of course, you'll still need content moderation specialists to dovetail with tech. Effective human moderators are well-versed in community guidelines as well as local and government regulations. For a true understanding of what's appropriate, cultural, regional and socio-political nuances must be taken into account. This also includes understanding local government regulations and requirements for managing and removing online content.

Working with an experienced partner

Brands looking to get the most out of UGC through content moderation are wise to work with an experienced partner. TELUS International protects the safety and well-being of user communities to maintain trust and keep brands strong. If you're striving to form deeper connections with your customers and user community, it's time to consider a human-in-the-loop approach to content moderation. Reach out to speak with one of our Trust & Safety experts.

The survey findings are based on a Pollfish survey that was conducted on June 7, 2021, and included responses from 1,000 Americans familiar with the definition of user-generated content. 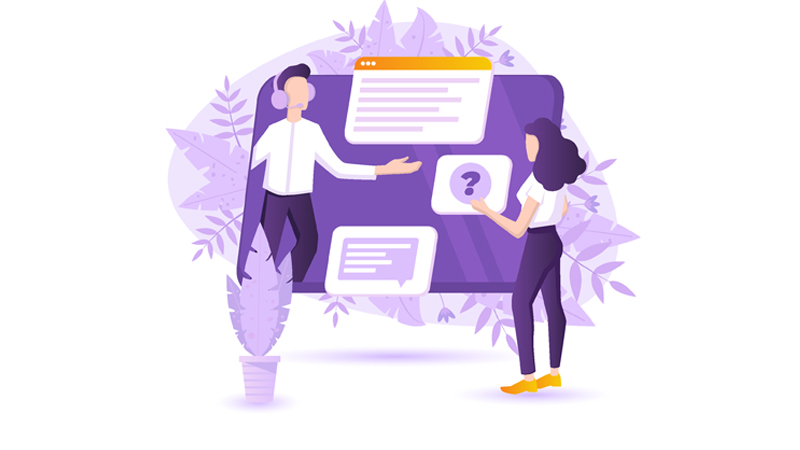 Proactive live chat: What it is and how to get it right 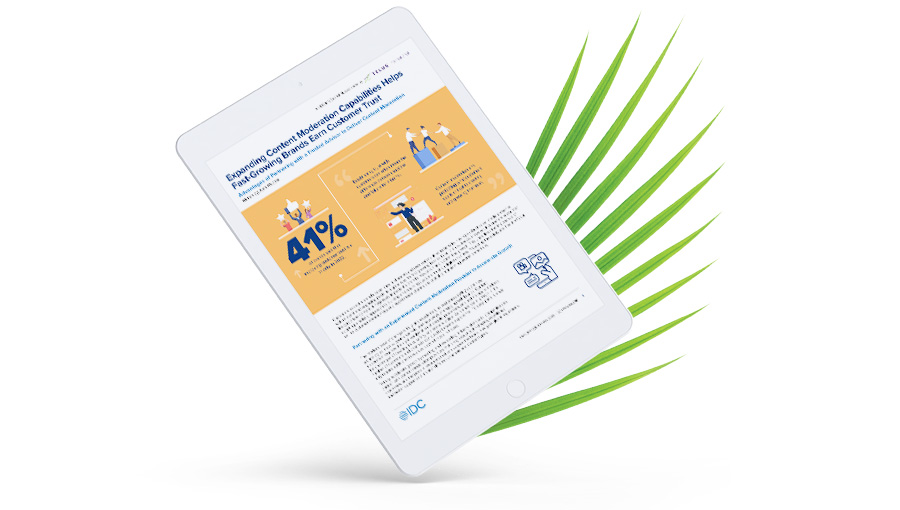 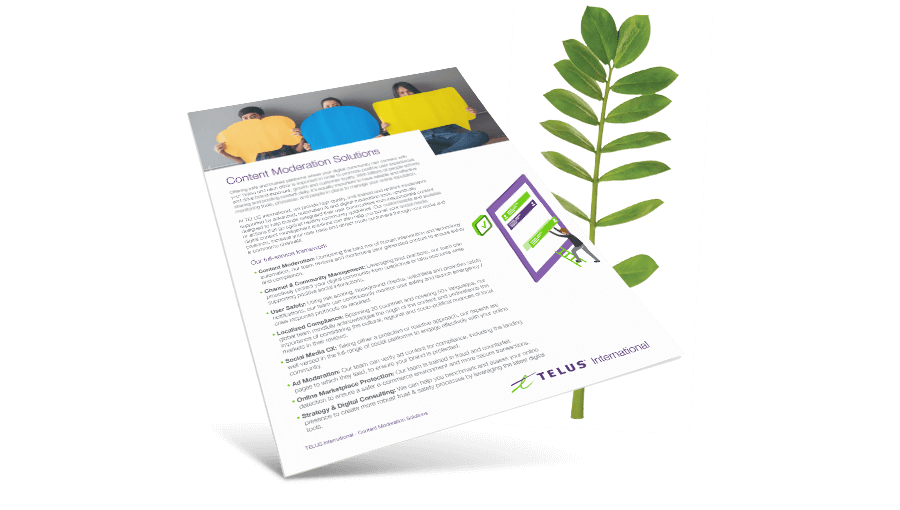